You are here: Home » Uncategorized » Can You Blow Up an Asteroid With a Nuclear Weapon?

Can You Blow Up an Asteroid With a Nuclear Weapon?

Tue, September 30, 2014 Comments Off on Can You Blow Up an Asteroid With a Nuclear Weapon? by Dr. Zoomie

Hey Dr. Zoomie – I heard that an asteroid just missed us, and then I watched a movie about an asteroid killing everyone on Earth. Then there’s that asteroid that killed the dinosaurs. Sounds like something we should be worried about – why can’t we just blow them up with nuclear weapons? 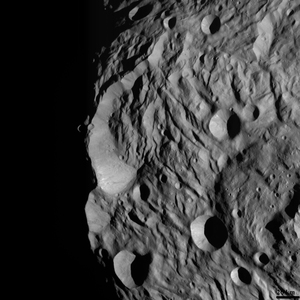 Good question – especially since we only live on one planet. Let’s face it – if something whacks the Earth hard enough it can destroy our civilization and push humanity back to the Stone Age. An even bigger strike might even push us into extinction along with most of the life on Earth. We know that it’s happened in the past, and there’s no doubt it’s going to happen again sometime in the future. I don’t want to face a world without Internet, tablet computers, and cable TV – not to mention high-quality medical care, air conditioning, and refrigeration – so it’s reasonable to wonder what might be done to help keep us (and our Kindles!) safe. And since nuclear weapons are the biggest things we’ve got it seems to make sense to just blast an asteroid out of the sky. Right?

First let’s take an easy case. When a nuclear weapon goes off it creates a fireball where temperatures are thousands to millions of degrees – enough to vaporize anything inside the fireball. For a 1 megaton nuclear weapon (technically a thermonuclear weapon or hydrogen bomb) the fireball will be 1-2 miles in radius. So setting off a bomb this size could, in theory, completely vaporize an asteroid less than about a mile or two in diameter (if the bomb is sitting on the surface). But in reality, the asteroid will absorb a lot of energy from the weapon and the fireball will start to cool down – chances are that even a smaller asteroid wouldn’t be completely vaporized. Instead it might be blown apart.

OK – blowing an asteroid apart sounds good – at least we’re taking the size down a bit, right? Well…maybe. But we also run the risk that, instead of a single big asteroid, we could instead get pummeled with dozens of smaller – but still lethal – rocks. So we trade one massive hit for a dozen (or so) big hits. This could actually be worse, so this might not be the best way to go. There’s also a small legal issue – nuclear weapons are banned in space. Granted, with the fate of humanity at stake people might not be too worried about the fine points of international law, but it does prevent us from testing any systems before we’d use them – with something as complicated as trying to nudge an asteroid off of a collision course it would be nice to be able to know what we’re doing.

Another possibility might be to try to blast an asteroid off-course so that it misses us. This is maybe better than turning a single lethal rock into a dozen lethal rocks, but only if we get it right. What if, for example, the rock is weaker than we thought and instead of being pushed off-course it just breaks up? Or what if the explosion goes off at the wrong time and it doesn’t miss us at all – maybe even hits in a worse location? The bottom line is that we have to know exactly how much the asteroid weighs and how tough it is – and we have to know its orbit and how quickly it rotates – with enough precision to make sure that we are really going to steer a single asteroid in just the right direction at exactly the right time. If we get anything wrong, as I mentioned before, then we can make things much worse.

The bottom line is that under exactly the right conditions a nuclear weapon might be able to help, but under anything less than that the effects would be anything from no change at all to making things worse.

Right now the bottom line is that we just don’t have anything we can do except to keep an eye on the skies and hope we don’t see anything with our name on it. And if we do, hopefully we’ll have enough time to figure out how to convince it to miss us. Luckily we have a pretty good handle on most of the biggest rocks in our part of the Solar System and we can predict their orbits for decades or centuries in the future. One could pop up tomorrow that would give us only a few months to respond, or even smack into us out of the blue. But every year that goes by gives us a better understanding of what’s out there and a better chance to protect the Earth. But whatever it might be that we might see, I’m pretty sure that nuclear weapons won’t be part of the solution.