You are here: Home » Uncategorized » Myth or Fact? – Will Alcohol Help Protect Against Radiation?

Myth or Fact? – Will Alcohol Help Protect Against Radiation?

Mon, November 28, 2016 Comments Off on Myth or Fact? – Will Alcohol Help Protect Against Radiation? by Dr. Zoomie

Dear Dr. Zoomie – I was watching a movie about a Russian submarine that had a reactor accident. In the movie they told the crew to drink vodka to help protect against the radiation. Is this BS or is it real?

I saw the movie you’re talking about – I think it was called K-19, the Widow-maker. Not a bad movie, and the incident it refers to actually happened. A Soviet nuclear submarine had catastrophic reactor accident not far off the American coast. The movie took some liberties with the science and engineering of course, but it was a fun one to watch. 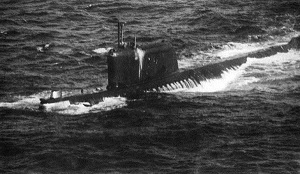 A U.S. NAVY photo of the actual K-19 submarine of the 658 class of submarines

As far as your question goes, there’s a specific way to look at it and more general way. Let me try to tackle both.

The specific question is “Will alcohol help protect against radiation damage, or will it just keep me from caring as much?”

The answer is a little of both – but more of the latter. But let’s backtrack a little bit and talk about how radiation harms the body. Then we can see how alcohol (and other measures) can – or cannot – help.

When radiation interacts with our cells it can do one of two things – it can strip an electron off of an atom, creating a pair of charged particles (the negatively charged electron and the remaining positively charged atom, now called an ion) that we call an ion pair. This ion pair can recombine, or it can go on to cause chemical changes in the cell that lead to the formation of active (and potentially damaging) molecules called free radicals. These free radicals can then go on to damage the DNA. Alternately, the radiation might hit the DNA directly, causing one of the two strands of DNA to break. Our bodies have ways to repair both of these types of damage – there are many sources of free radicals besides radiation, and DNA is under attack all the time. But there’s only so much capacity for our DNA repair mechanisms – eventually they’ll be overwhelmed and damage will start to accumulate. And if too much damage accumulates too rapidly then we start to see the ill effects – we might have a higher risk of cancer over the next few decades, or if we’re really blasted with a huge dose of radiation (as happened on the Soviet sub) we can see changes in our blood cell counts, we can experience skin burns, develop radiation sickness, or even die.

Now – before you worry too much, it takes a LOT of radiation to get to the point of seeing physical damage – a minimum of 25 rem in a short period of time to see changes in blood cell counts, over 100 rem to start to feel ill, and over 400 rem before we really start worrying about death. So these are things that CAN happen – but they usually don’t. But let’s get back to the main question: If I’m blasted with high levels of radiation exposure, will a glass of vodka save my life? The answer here is no. Having said that, there is some science that alcohol can help to scavenge free radicals. But it’s not a strong scavenger and if we’re exposed to high levels of radiation – high enough to cause these short-term health risks – we’re way beyond the free radical-scavenging stage. At this point, there is so much radiation that’s causing so much DNA damage that a couple of shots of vodka just won’t help out at all. Sorry. 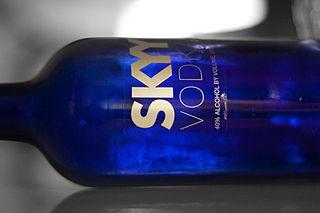 OK – so that’s the specific question. But what about the more general one? And I guess I haven’t stated this yet – the general question is “Are there any drugs or treatments that can help reduce the effects of radiation exposure?” And here the answer is a qualified “yes.”

Remember – the first physical symptom that shows up is a drop in blood cell counts. This is because the blood-forming organs (for reasons too involved to get into here) are among the most sensitive in the body to the effects of radiation. So as radiation dose increases, we see faster and more precipitous drops in red and white blood cell counts. This can leave a person weak and susceptible to disease. So if we can build up – or find a way to stabilize – the blood-forming organs then we can help to avert this problem. Interestingly, cancer cells have many of the same characteristics of the cells in our blood-forming organs – in fact, cancer therapy takes advantage of these vulnerabilities, which is one reason that so many cancer therapies make us feel so bad. In order to help mitigate these effects, a number of drugs have been developed, and they also show promise in helping to protect the blood-forming organs from radiation as well as from the effects of radiation. So administering these drugs might well help to protect us from the effects of radiation. That being said, this is still an area of research and clinical trials – the drugs are approved for cancer patients but not yet (to the best of my knowledge) for radiation victims. Also, these drugs are only useful to help protect against short-term effects from blood cell loss – they don’t mitigate radiation sickness (the nausea and vomiting), skin burns, and so forth. But it’s a good start!

One other thing we worry about is that inhaling or ingesting radioactivity might cause harm from internal exposure. The worry here is that the internalized radioactivity will continue irradiating us from the inside out for days, weeks – up to decades if the radioactivity lodges in our bones or in an organ where it might reside for long periods of time. Americium, for example, will go into the bone and will remain there for the rest of your life, irradiating your bone, bone marrow, and surrounding tissues. But even shorter-lived radionuclides (I-131 for example) can still cause problems if they come to rest in sufficient quantities in a sensitive organ. This is why we worry about iodine – it’s easily absorbed by the thyroid, a radio-sensitive organ. Luckily, protections here are somewhat more advanced.

First, there’s iodine. What we can do here is to saturate the thyroid with non-radioactive (stable) iodine so there’s no place for the radioactive I-131 to find a home. So we can take potassium iodide (KI). There’s iodine in iodized salt, in seafood, and in some forms of water treatment tablets also, but the quantity is variable and uncertain. Plus, simply chugging salt (or salt water) can have dangerous health effects so we don’t want to do that. But if (and only if) somebody’s about to be exposed to radioactive iodine then taking stable iodine can certainly help to protect you. Taking iodine after the fact can help too, but it’s got to be within a few hours of exposure.

Another protective agent in the news is Prussian blue – an industrial dye that also happens to scavenge cesium from the body. So if a terrorist sets off a “dirty bomb” that uses cesium-137 (Cs-137), taking Prussian blue can help reduce your exposure by speeding the excretion of the radionuclide. A word of caution – it turns your stools blue, so you’ll have Smurf-poo while you’re taking it. But that’s a small price to pay, I would think! 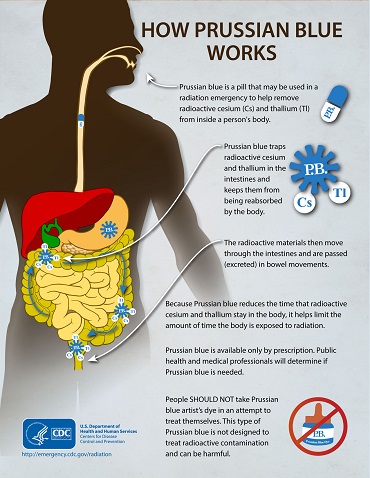 An infographic detailing how the medical treatment prussian blue works. Provided by the U.S. Centers for Disease Control and Prevention.

And then there are a bevy of other of what are called “decorporation agents” for other radionuclides. If you’re exposed to americium, for example, a doctor might infuse you with a compound called DTPA; and there are a number of compounds that help to reduce the absorption of strontium by the bone (aluminum hydroxide, for example, or barium sulfate). But many of these drugs have never been approved for use in humans and some, in fact, might not have even been administered to humans so their effectiveness and safety have not yet been demonstrated. They’re certainly not FDA-approved! So – yes – there are drugs that, in theory, can help reduce the health effects of exposure to radioactive materials. But in practice, while we’re developing and testing new ones all the time, it’s more hit-or-miss in this category. The reason for this is that every element behaves differently, chemically and when it’s in the boy, so each one requires a different protective compound. We simply haven’t had the time, or the money, to develop protective drugs against every element out there so we’ve started with the most important and the easiest.

OK – so – getting back to your original question! We do have a number of treatments for exposure to radiation or for the ingestion of inhalation of radioactivity. Sadly, vodka is not one of them – it might make you feel better, but only until the hangover hits.