You are here: Home » In Memoriam – Robert W. Holloway

Robert Holloway was not one of the leaders of our profession and, in fact, his name is not well known to most members of the Health Physics Society. That’s unfortunate because Bob has likely made more of an impact on the way radiation safety is practiced in the United States than anyone else I can think of.

But the fact that he was not better known seems somehow appropriate—in the decade that I knew Bob I kept finding I had underestimated him repeatedly—he was great at promoting his company, but I never knew him to promote himself. And, for those of you who are wondering, Bob was the founder and owner of Nevada Technical Associates, Inc. (NTA), which by his reckoning trained more students in various aspects of radiation safety than did any other company. I taught classes for him for 10 years—over 1,000 students in that time—and I was only one of a large number of instructors Bob had working for him. 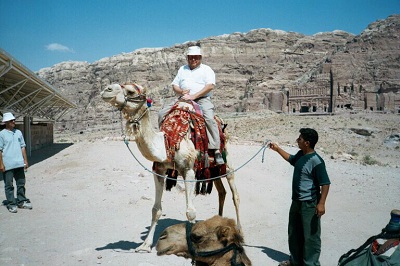 My first meeting with Bob was a bit anticlimactic. I answered a posting he had placed on Radsafe looking for instructors. After several email exchanges, he invited me to sit in on a 40-hour radiation safety officer class in Las Vegas, so I took off for a few days to see how the class was being taught. I can honestly say that my first impression was of a tubby guy with a bushy red beard and an Arkansas drawl. Over the course of several lunch and dinner conversations I gradually realized that his good ol’ boy demeanor was probably genuine and that behind it he was a very sharp guy, a good scientist, and a savvy businessman. 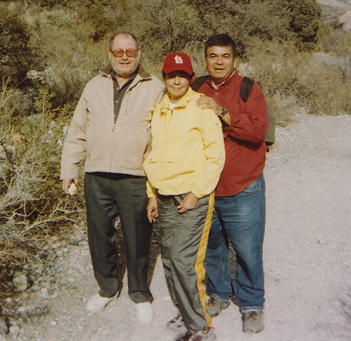 Bob graduated with a PhD in chemistry from the University of Arkansas, specializing in radiochemistry. I’m not quite sure of the chronology of his work because he just didn’t talk much about himself. But I do know that he worked as a radiochemist for the Environmental Protection Agency for several years as well as doing stints at the Savanna River Site and a tour in the U.S. Air Force (where he reached the rank of captain).

Bob also made some contributions as a scientist, including a study of plutonium residence time in the troposphere, analyses of noble gases from the Chernobyl accident, an announcement of evidence supporting a major asteroid impact at the Cretaceous-Tertiary boundary, and a failure to reproduce the results of the initial cold fusion experiments. And, sad to say, I never realized any of this until I sat down to write this because Bob didn’t talk about his scientific achievements any more than he did about his other professional work.

He took pride in his sons and in his company, and he talked about both whenever he had the chance—he just never felt the need to impress others with his own accomplishments.

I also know that he surprised me quite frequently. One surprise, of course, came when I was able to see beyond his aw-shucks façade (I accused him of deliberately setting out to lower expectations; he claimed it came naturally). But I also remember being surprised to find out he was, for a short time, a professional gambler in Las Vegas—mainly because it seemed completely out of character for him—and that he had taken a few other trips that he just couldn’t talk about very much to someone without a security clearance. And every so often I’d be reminded that he had an impish side (at least as impish as someone so laid back can be). I especially remember the delight he would take in pushing the boundaries of what his home-owners’ association would permit and in making them look just a little silly in the process.

At some point in the 1990s he decided to go into business for himself, starting NTA to train and consult—the position he held for the rest of his life. In this capacity, Bob most impressed me in his devotion to the students taking his classes. I can think of a half-dozen classes that I taught where he lost money because he just didn’t have the heart to cancel the class. Bob’s standard was that if three or more students had made plans to attend, the class would go on. He hated promising to have a class and then having to renege on that promise.

Bob was also willing to experiment. He was always looking for new classes to teach (of the 14 classes advertised this year, six of them are new), for new venues (I taught for him in Panama, Dubai, and Kuwait and other NTA venues including Switzerland and Qatar, and he was looking at Taiwan and Croatia for other classes), and for new ways of reaching students.

Bob figured once that through all of his classes, online materials, and DVD lectures, he was training between 2,000 and 3,000 people annually—most of them not health physicists. When we remember that the majority of radiation safety is performed by people who are not health physicists, we can see how Bob could be so influential to the practice of radiation safety and still so little known in our profession.

By any reckoning, I think it’s safe to say that through his teaching and his instructors, Bob has had a huge influence on the way that radiation safety is practiced in the United States.

When I first started teaching for Bob in 2000, I enjoyed the lunches we would have together and we developed a sort of tradition of having dinner together on the last day of the class. I really enjoyed the chance to talk with him, to bounce ideas off of him, and to try to learn a little more about his career. Even if I wasn’t quite sure where the conversation was going, I knew it would be rewarding.

I also came to realize that Bob was utterly reliable and completely honorable in his dealings—personal and business—with others. I never knew him to try to weasel out of an obligation or an agreement, even when he could have saved himself some money by doing so. Of all the people I worked for as a consultant, he was the one who I never worried about because I always knew he could be counted on.

I should also say that my wife and I owe him a huge personal debt of gratitude—for about five years, teaching for NTA was my major source of income and Bob never hesitated to schedule additional classes for me to teach or to ask me for help with some consulting opportunities when he found my family needed help making ends meet.

The last day of Bob’s life was spent teaching the final day of one of his short courses in San Diego. At the end of the day he called and told his children he was happy with how the class had gone. He had a satisfying dinner at a seafood restaurant overlooking the ocean and talked with his wife, telling her he loved her before hanging up and going to bed. Bob unexpectedly died in his sleep at the end of a good day.

Bob was not one of the leaders of our Society, but through his work he had a significant impact on how radiation safety is practiced in our country and overseas. He did not blaze new trails as a scientist, but his work was solid and it added to our understanding of some important phenomena.

One of the lessons we can draw from his life is that we can be successful—we can make a difference—without being a household name and even without receiving much recognition for our efforts. Our profession is the better for his having chosen to practice it, and I am better for having had the chance to work with him. He was a good man, a good teacher, and a good friend and he will be missed.